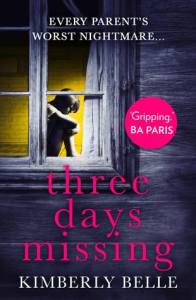 When a child goes missing, two mothers’ lives collide in a shocking way in this suspenseful novel from the bestselling author of The Marriage Lie.

It’s every parent’s worst nightmare: the call that comes in the middle of the night. When Kat Jenkins awakens to the police on her doorstep, her greatest fear is realized. Her nine-year-old son, Ethan, is missing–vanished from the cabin where he’d been on an overnight class trip. Shocked and distraught, Kat rushes to the campground, but she’s too late; the authorities have returned from their search empty-handed after losing Ethan’s trail in the mountain forest.

Another mother from the school, Stef Huntington, seems like she has it all: money, prominence in the community, a popular son and a loving husband. She hardly knows Kat, except for the vicious gossip that swirls around Kat’s traumatic past. But as the police investigation unfolds, Ethan’s disappearance has earth-shattering consequences for Stef, as her path crosses with Kat. As the two mothers race against the clock, their desperate search for answers reveals how the greatest dangers lie behind the everyday smiles of those they trust the most.

My Thoughts: Kat Jenkins has been struggling as a single mom and trying to handle issues with her abusive ex-husband. Her genius son Ethan, 9 years old, is the one bright spot in her life. A school camping trip in the mountains looks like a great getaway for Ethan, so Kat gives permission.

But when Kat gets word from the police that her son is missing from the campsite, her world comes crashing down.

Meanwhile, Atlanta Mayor Sam Huntington and his wife Stef are caught up in the danger when their son Sammy, also on the camping trip, becomes a part of someone’s dangerous plan.

How will Kat and Stef find common ground and work together to find Ethan? What, if anything, will Sammy do to assist? I enjoyed the back and forth between Kat and Stef, as the layered story offered glimpses into the emotional and family conflicts, as well as the intensity that develops within a family in the spotlight.

A page turning book, Three Days Missing,  kept me caught up in the frightening events that would ultimately change all of their lives. 5 stars.